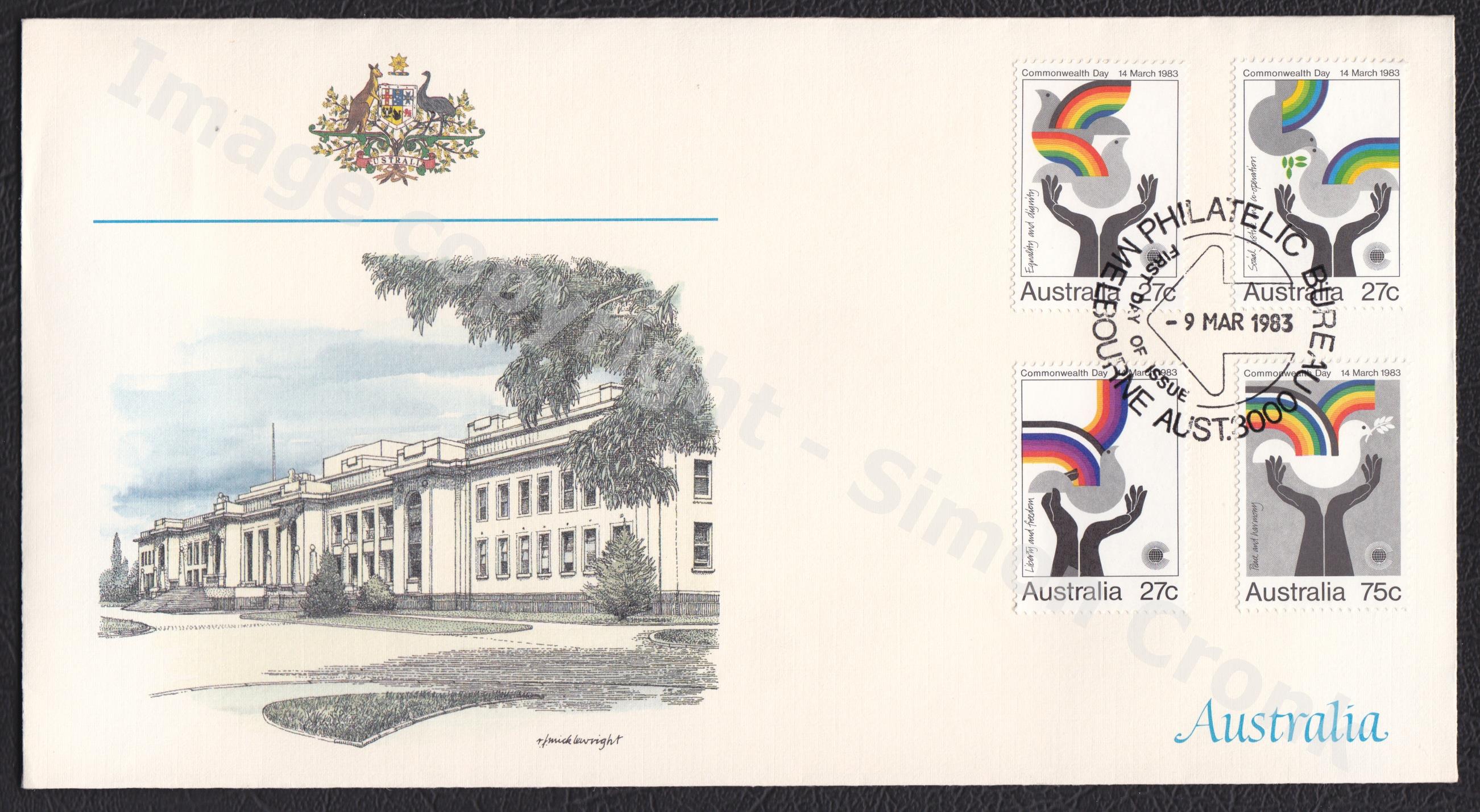 “Lying entirely south of the equator, the island-continent of Australia is often referred to as being “down under.” Even its name, Australia, is taken from the Latin word australis, which in English means southern. This continent-nation is heir to a proud, rich history which links it to the Mother Country, Great Britain. This heritage is readily apparent in the grand Australian Parliament House which stands in Canberra, the nation’s capital. The Parliament is a dignified building with an interior modelled after the Westminster Houses of Parliament. The main entrance, known as Kings Hall, contains a fascinating collection of historic portraits and documents among its tall columns. One of the most prized exhibits is one of only three copies of the Magna Carta in existence. The coat of arms of Australia reflects, like Australia’s Parliment Building, the nation’s ties to the Mother Country and also her own unique characteristics as a nation. The symbols of ‘the states which make up Australia are each featured on the coat of arms, which Britain’s King George V granted Australia in 1912. New South Wales and Victoria are represented by crosses formed of stars. The heraldic crosses of New South Wales and Queensland are also included along with the Piping Shrike and Black Swan of South Australia and Western Australia. In addition, the Lion of Tasmania is also featured, which is a symbol of England. The accessories to the shield are Australia’s native Kangaroo, the Emu and the Wattle Bush. Above the shield is the Commonwealth Star with six points for the six Australian states and one point for all the Australian territories.”

The cachet design was done by Robert Micklewright (b1923) from the UK.