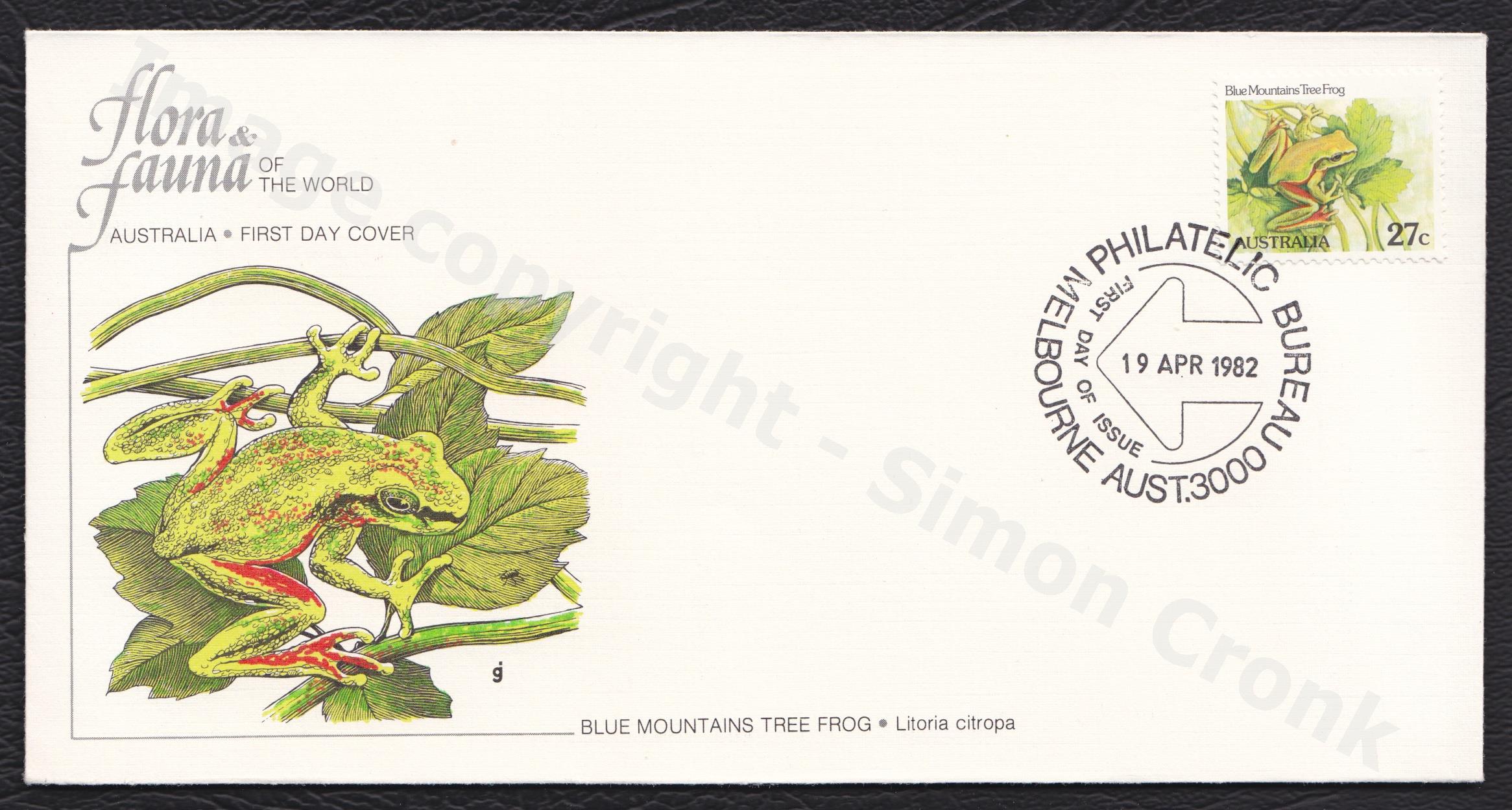 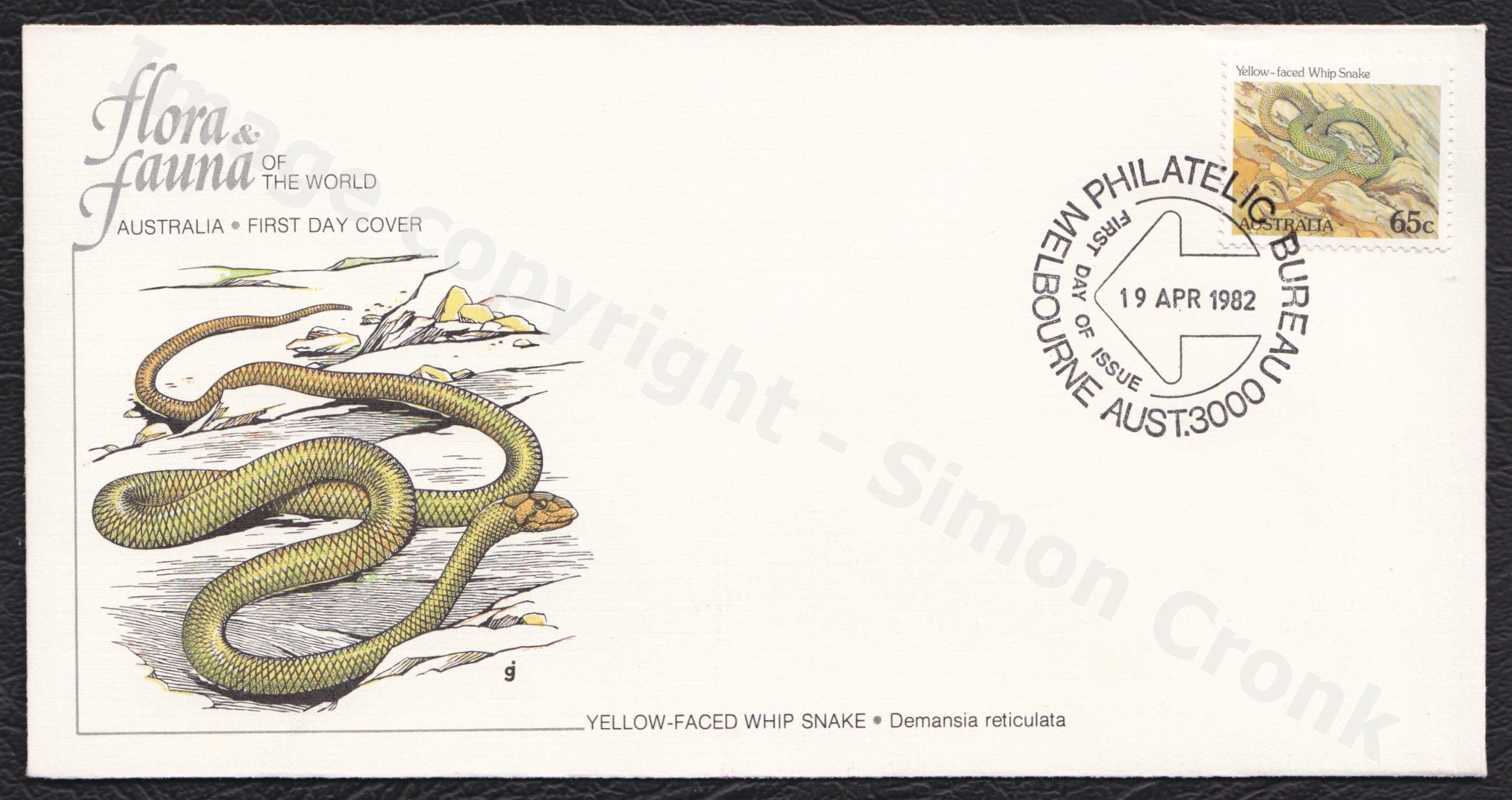 “Yellow-faced Whip Snake — Demansia reticulata – The long, thin creature featured in the stamp and original art on this First Day Cover is native to a large part of the Australian continent. In fact, he is well-known in most of Western Australia and adjacent parts of the Northern Territory and South Australia The one place in Australia that hikers can be quite certain they will not meet a Yellow-faced Whip Snake is in Australia’s sandy desert areas for this Whip Snake prefers a less hostile environrnent. The snake derives his narne from his distinctive Whip Snake coloration. Across the animal’s face from nostril to nostril there is a dark band edged in yellow. This creature Of the Australian countryside may be found in several different from steel grey to green. Some individuals bear colors reddish tinges on their scales. But, despite the many different colors, all are variations of one species of snake. These snakes are among the most interesting reptiles of Australia. However, they can also be among the most dangerous to study for their bite is venomous and they are fast-moving, Many people believe that the Whip Snake attacks by constricting first, like a rattlesnake does. This is not true. The swift-moving Yellow-faced Whip Snake can strike suddenly and without much warning. These long, thin creatures are indeed named appropriately for they look very much like a whip as they slither rapidly through the grass. Few people keep the Yellow-faced Whip Snake as a pet for Whip Snakes never tame well enough to make good house companions. They are creatures of the wild and with their swift movements and venomous bite, they plan to stay that way. “

There are variations of these covers (with & without printed text on the back of the envelopes). Curious ! Also I own the original black & white Gene Jarvis cachet design artwork for both these covers.

Here is some information from the Unicover website about Gene Jarvis: