The first day of issue was 21 APR 1981. There is of course just a single cover for this stamp: 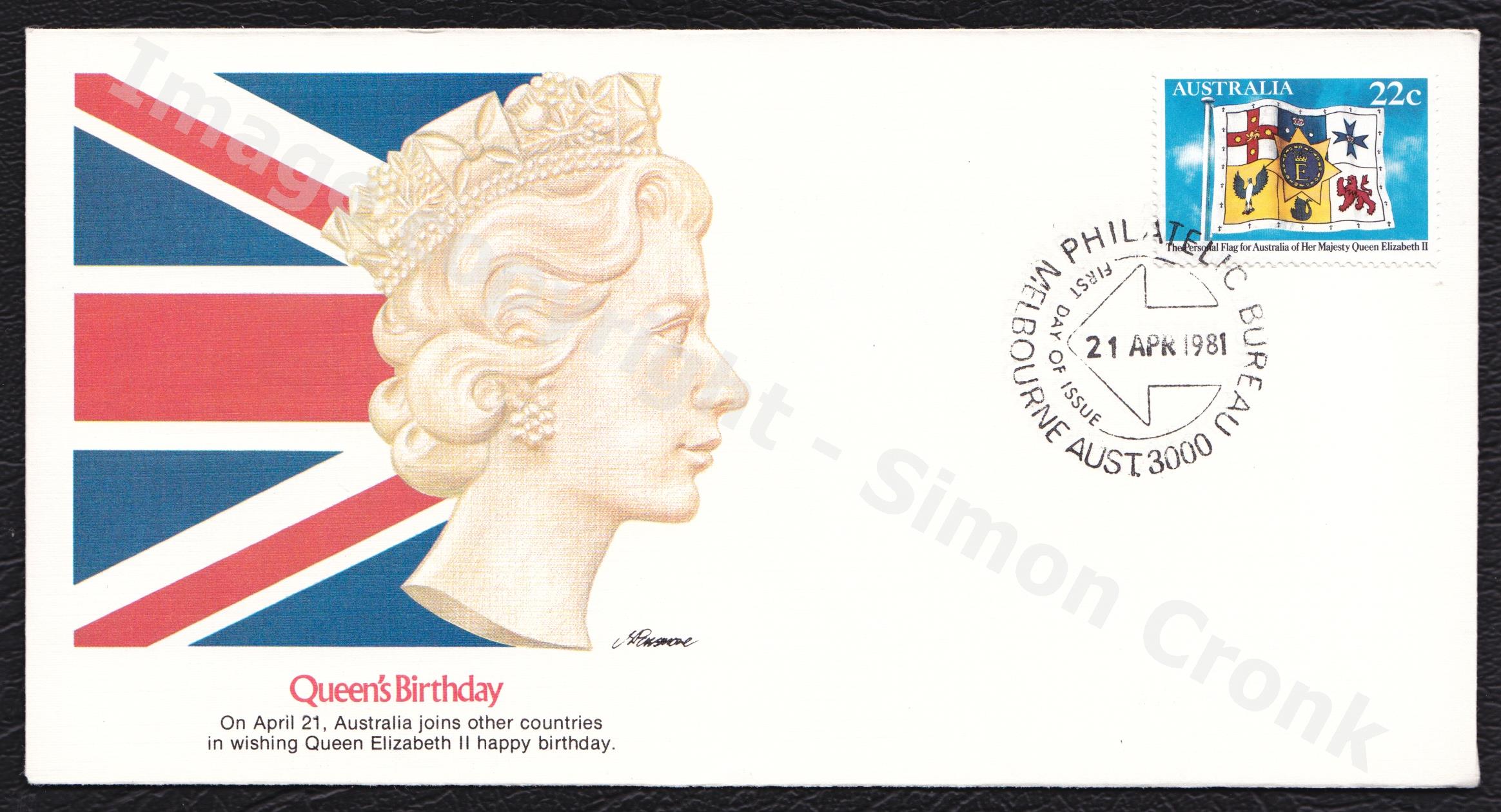 “On February 6, 1952, Queen Elizabeth II ascended the throne of one of the world’s most powerful nations. Although she was only twenty-five years old when she stepped into this important office, Elizabeth has proven to be a strong and able ruler, well suited to handle the problems facing a modern monarch. In large part, her twenty-nine year reign has been one of adaptation, especially in relation to the Commonwealth countries. Although the Commonwealth today includes more republics than territories that actually acknowledge the Queen as direct sovereign, Elizabeth II has strived to make the Crown more than autocratic hardware to these countries. To this end, she has travelled extensively in Commonwealth countries around the world. Elizabeth wants the citizens of the Commonwealth to look upon the Crown as their Crown. For this reason, it was important that she personally open the St. Lawrence Seaway in Canada and the Sydney Opera House in Australia. Elizabeth’s personal interest in the Commonwealth countries helps the people see her not as just the Queen visiting in their country, but truly as the Queen of their
country, It is an important difference, one Elizabeth understands completely. Elizabeth’s twenty-nine year reign has seen the monarchy through some difficult adaptations with grace and diplomacy. In a real sense, the Queen herself has been a diplomat for her country.”