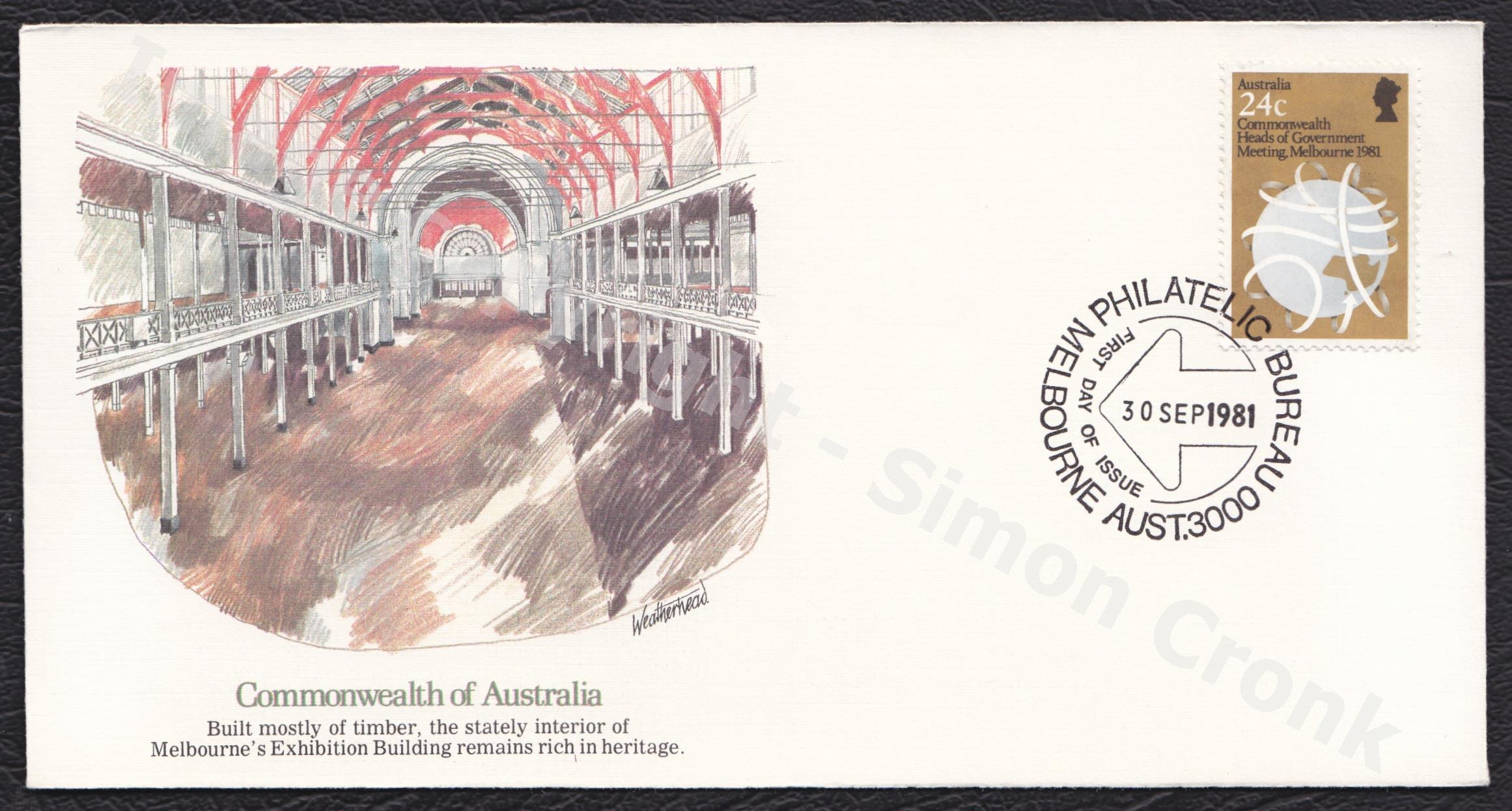 “The 1981 meeting of the Commonwealth Heads of Government took place in Australia, one of the seven original countries granted independence from Britain by the 1931 Statute of Westminster. Australia remains closely associated in policy, interest, and sentiment with Britain and with the other members of the Com-monwealth of Nations. Not only are there bonds of trade and commerce, but also those of a shared tradition, a like culture, and a common parliamentary system of government. Frequent consultations take place between the governments of Britain and Australia, and this voluntary, cooperative association constitutes a major feature of Australian policy. The Commonwealth of Australia, which consists of six states, two federal territories, and various external territories, was established by a statute passed by the Parliament of the United Kingdom in 1901. In 1931, by the Statute of Westminster, the British Parliament formally stated that it would not legislate for the Commonwealth except upon request Thus, the Commonwealth of Australia is self-governing and independent. On September 30, 1981 the postmark date of this First Day Cover, the eyes of the Commonwealth Nations turned to Melbourne, Australia as participating Heads of Government gathered in the historic Exhibition Building. This First Day Cover shows the interior of the original building which is constructed mainly of timber. It was very opulent for its time and still retains a grand feeling.” 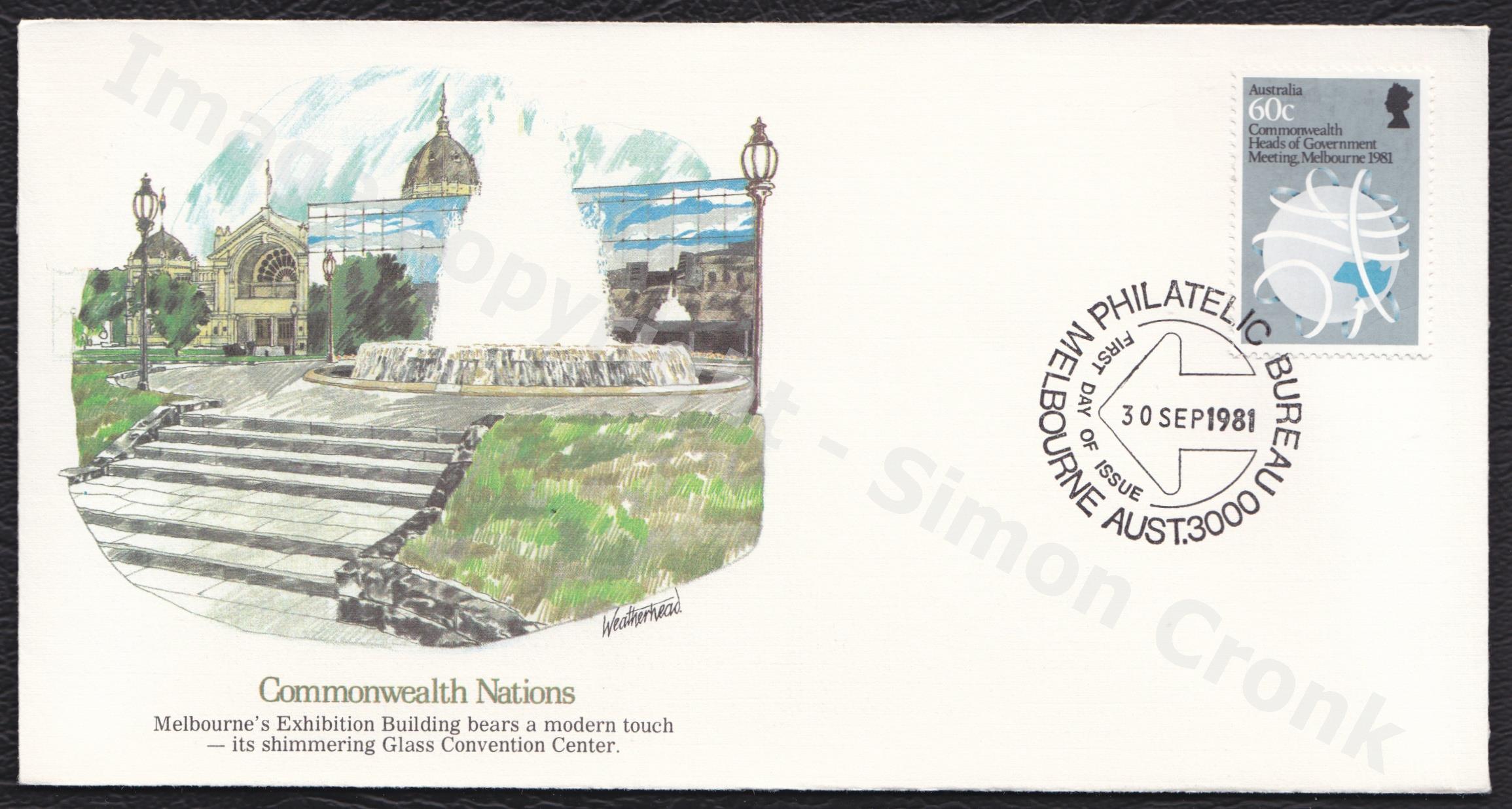 “The ceremonial opening of the Commonwealth Heads of Government Meeting was performed by Queen Elizabeth on September 30, 1981, Meeting in Melbourne, Australia, the conference was headquartered at the historic Exhibition Building, originally built for the International Exhibition in 1880. As shown on this First Day Cover, the Exhibition Building has been enlarged with the recent addition of the mirrored Glass Conven- tion Center. The Commonwealth of Nations is an association of independent countries linked by a common acknowledgment of the British monarch as head of the Commonwealth. The original term British Empire was generally used from the 1600’s to the early 1900’s but gradually yielded to the less imperialistic-sounding British Commonwealth of Nations after World War I. Then in 1949, the name was changed once again to Commonwealth Nations. The United Kingdom of Great Britain and Northern Ireland is the cornerstone of the Commonwealth, and the British monarch is the symbol of its unity. But the Commonwealth Nations are not obligated to follow Britain’s lead in any act of war or peace and each is the sole judge of the nature of its association with other members. The Commonwealth has no formal constitution although its members are bound together by common ideals and interests that have their source in a shared historical background. As this special issue stamp depicts, the scope of the meeting was global in nature and concerned social and economic affairs.” 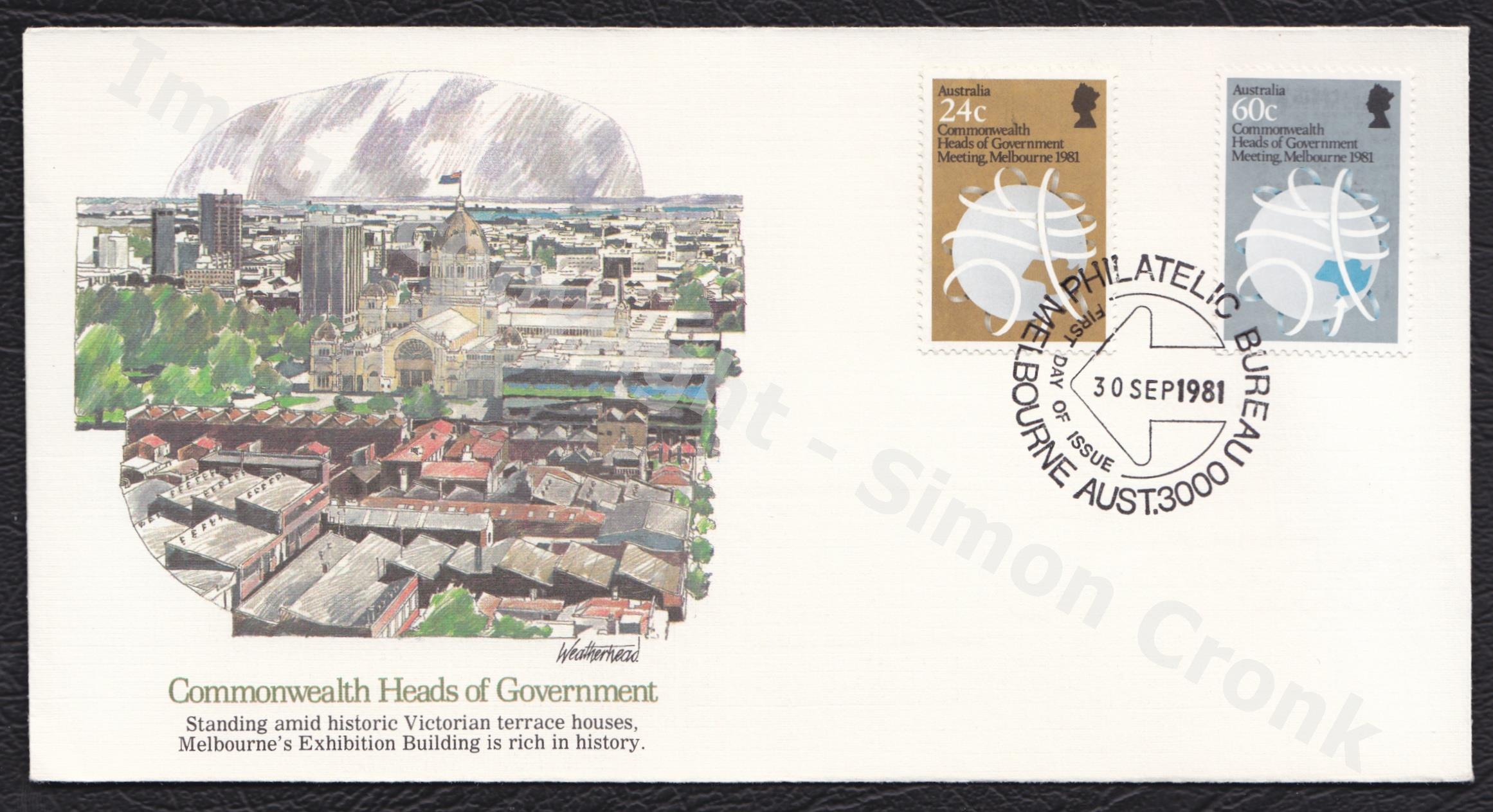 “The most important political meeting in the history of Australia was held in Melbourne at the end of September, 1981. For it was then that the Commonwealth Heads of Government met to discuss maj or trends in international, political and economic affairs. Meeting in the historic Exhibition Building depicted on this First Day Cover, this was the largest international political gathering ever held in Australia. Interestingly, the Exhibition Building is near the Australia Post Headquarters, which can also be seen in the cachet painting. The modern Commonwealth, as it is known today, dates from the 1931 Statute of Westminster which served as the turning point from the previous Empire association. At that time only Britain, Australia, Canada, New Zealand, South Africa, Ireland and Newfoundland were members. The Commonwealth has continued to grow as former colonies have gained their independence. However, each has chosen to become a member of the Commonwealth Association. All member countries are free to follow their own policies but ascribe to a set of common ideals set forth in the Declaration of Commonwealth Principles, adopted by Heads of Government at the Singapore meeting in 1971. To commemorate this year’s Commonwealth Heads of Government Meeting, Australia issued two stamps on September 30, 1981. “