The first day of issue was 25 MAR 1981. There are 3 covers for this series, two singles and the pair together: 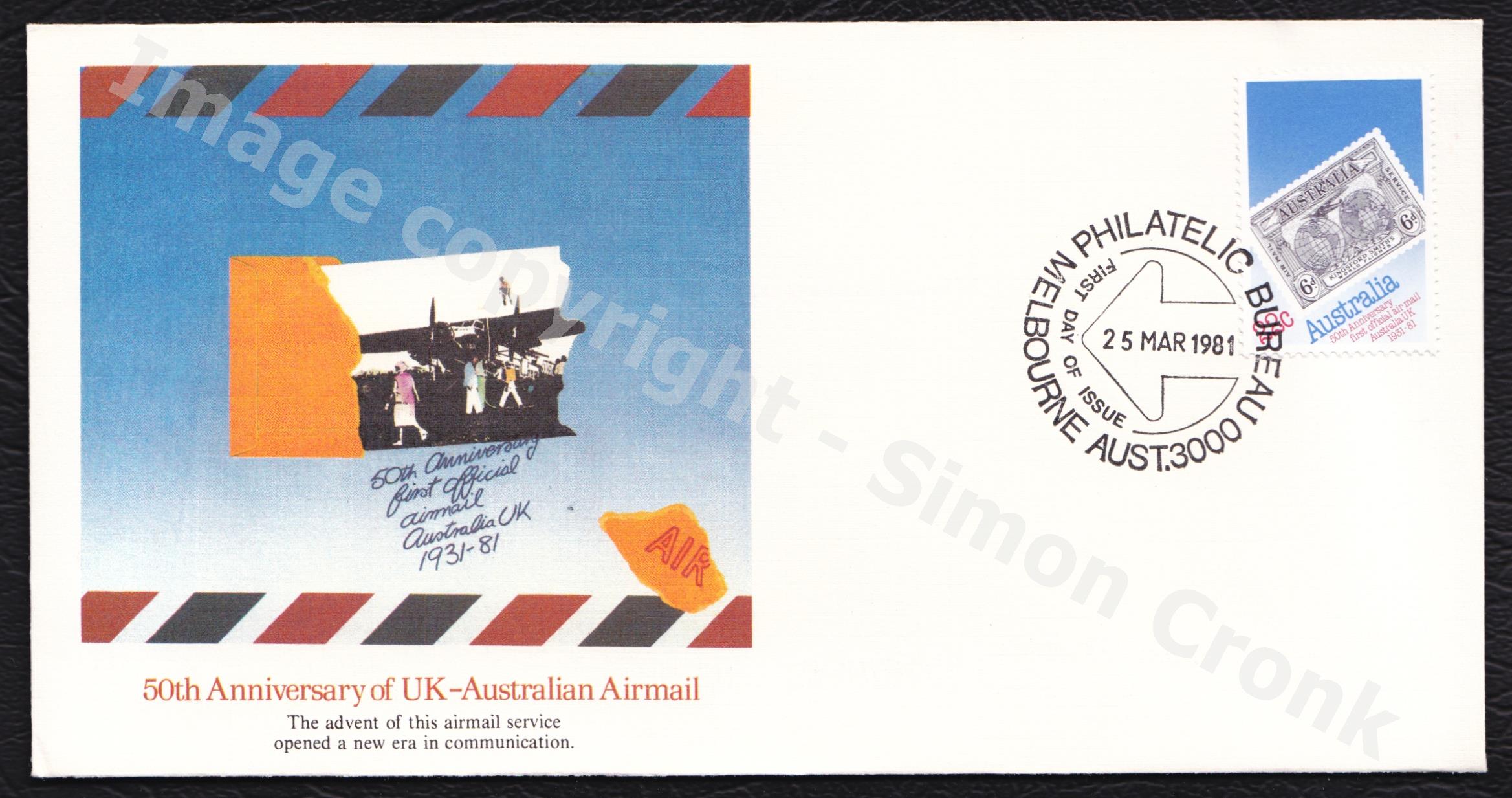 “In 1914 Australia received it’s first domestic airmail between Melbourne and Sydney carried by the French aviator Maurice Guillaux. Then in 1919 the first overseas airmail arrived in Darwin, Australia from England on board a Vickers Vimy piloted by a WW1 Ace, Ross Smith. However it wasn’t until 1931 that three experimental airmail flights from Australia to the UK took place, flown by Charles Kingsford Smith. Mail from New Zealand connected with each of these historic flights. Later there were experimental airmail flights between New Zealand to Australia.” 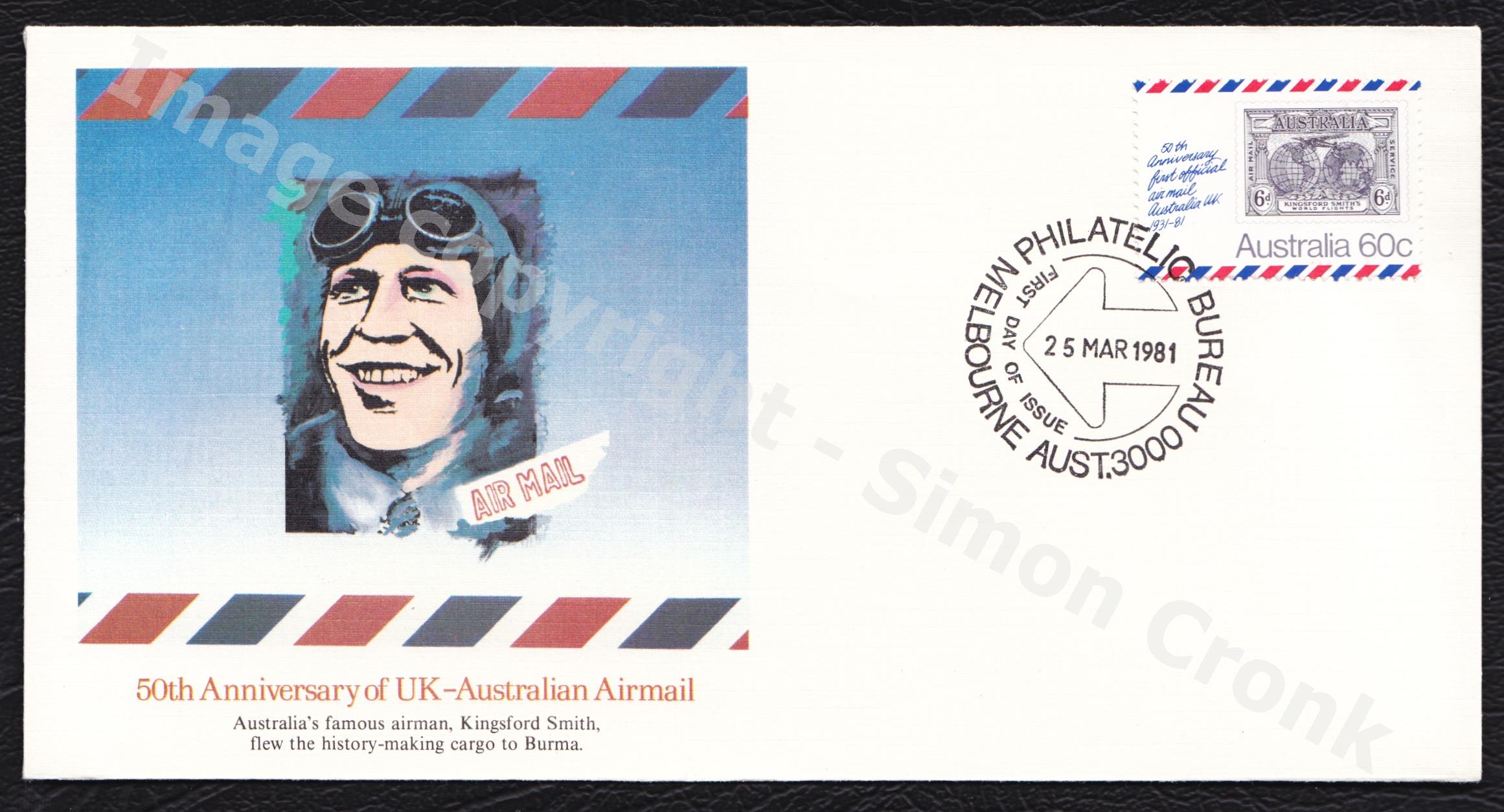 “In 1930, Charles Edward Kingsford Smith founded Australian National Airways, and began a Sydney to Brisbane air service followed in by a Melbourne-Sydney service.The airline foundered when the economy took a downturn. Smith meanwhile, returned to barnstorming for a living, and became involved with New England Airways, who failed in a bid to open routes from the air gateway of Darwin to other Australian cities. The contract went to Qantas Empire Airways. Smith continued his epic flights, and saw salvation in the Mildenhall to Sydney air race of 1934. However when small cracks were found in the structure of his aircraft en route to England and he had to withdraw. The next year he set out to break the England to Australia record. It was his last recorded flight, in the Lockheed Altair Lady Southern Cross. The aircraft was last seen November 8th, 1935, near Aye Island, off Burma. Smith and his navigator, T. Pethybridge, were lost.” 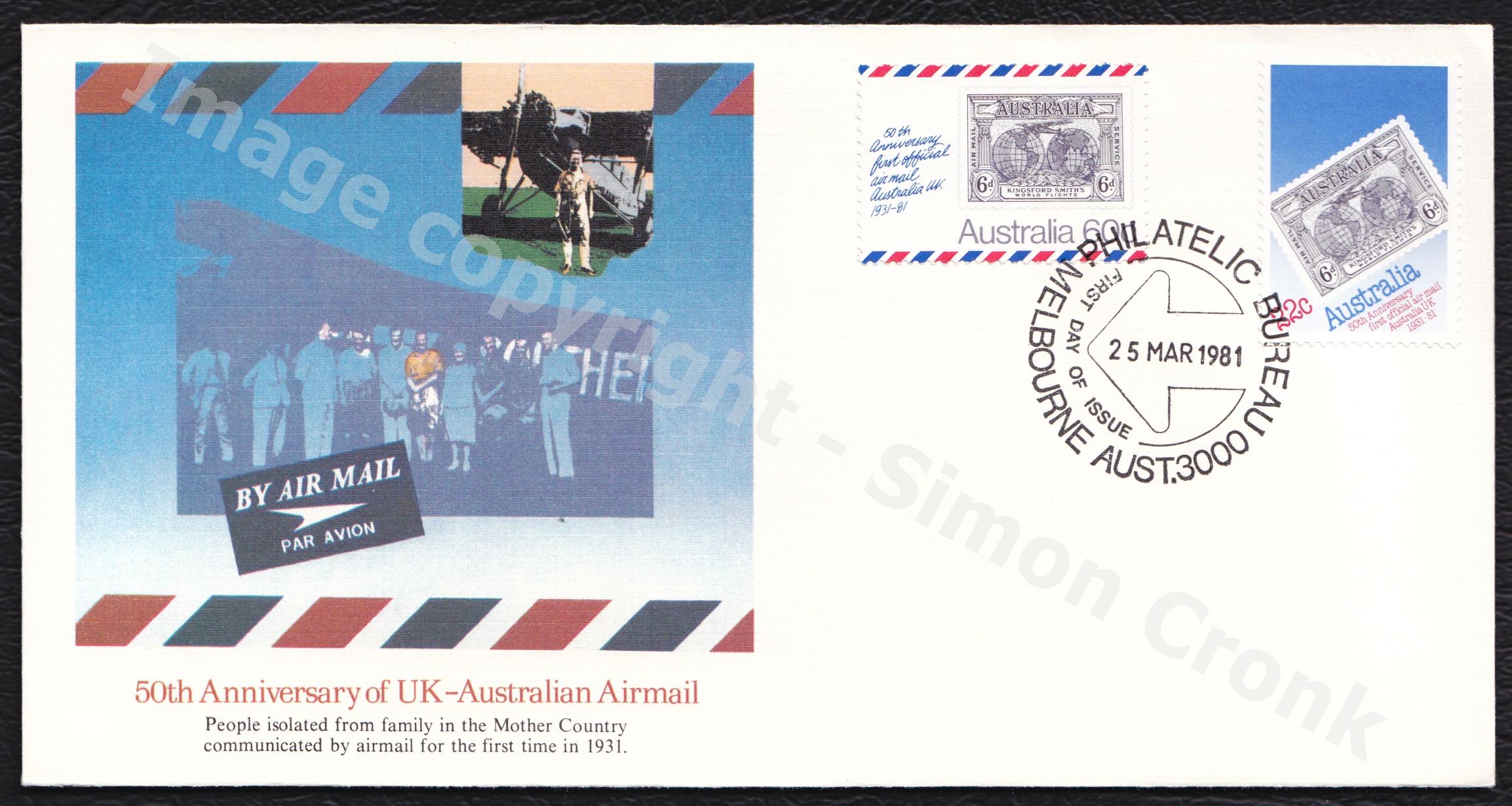 “Charles Kingsford Smith has been called the world’s greatest aviator. After an injury in WWI and a stint in Hollywood, Charles returned to Australia in 1921. Luckily the aviation industry in Australia was booming so Smithy joined the West Australian Airways flying mail through the outback. Charles Kingsford Smith pioneered more long distance routes than any pilot in history. In 1927, he purchased a Fokker Trimotor aircraft that he named the Southern Cross. He lived and died for flying. In 1931 the first “experimental” airmail flights between Australia and England were completed, with famed aviator Charles Kingsford Smith (1897-1935) flying the Southen Cross. The aim was to establish a regular airmail service between the two countries.”

Some more information about the artist Ken Cato from the Unicover website: